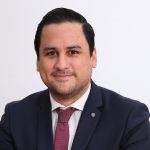 Lawyer from the University of Lima (Peru); member of the Lima Bar Association (Ilustre Colegio de Abogados de Lima) since 2011 and member of the Paris Bar Association (Barreau de Paris) since 2022. Master 2 in Law, management and economics of sport from the Université Paris 1 – Panthéon Sorbonne (France); arbitrator of the Chamber of Conciliation and Dispute Resolution (CCRD) of the Peruvian Football Federation (FPF); president of the Justice Commission (CJ) of the Peruvian Rugby Federation (FPR); partner of Estudio Valdivia – Dávila & Asociados (Peru); partner of Winter – Dávila & Associés (France); member of the Director Committee of the Association Droit du Sport Paris I Panthéon – Sorbonne (DSS) of France; secretary of the Ibero-American Institute of Sports Law of Brazil (IIDD) and former player of the Peruvian National Rugby Team.

In the world of Sports Law, specifically in Football Law, there is a figure called “Training Compensation”, commonly known as Training Fee or Training Rights. However, although most people have a correct notion of its meaning, few know its precise concept, the correct way to calculate it or where it should be claimed in case the party obliged to pay it fails to comply with its obligation.

That is why, in this article, we will define what training compensation is, where it is regulated, when, how and where it should be claimed, the existing categories in the regional confederations, the national federations and in the main CONMEBOL and UEFA clubs, we will give a practical example of how to calculate a training compensation for a professional football player and finally three brief opinions of the author.

YOU CAN ALSO READ: The statute of the professional soccer player in Peru

1- What is training compensation?

It is the compensation payment made by a professional football club to another club or academy, which is duly affiliated to the respective national federation, for having trained a football player, within the period between 12 and 21 years of age (or exceptionally up to the moment when the football player has effectively completed his training, 21 years being the maximum). As a general rule, payment may be made up to the player’s 23rd birthday.

It should be noted that, for the time being, the principles of training compensation are not applicable to women’s football.

2- Where is it regulated?

The training compensation is regulated in article 20 of the Regulations on the Status and Transfer of Players (RSTP), in Annex 4 of the same regulations and in several circulars of the Fédération Internationale de Football Association (FIFA), the latest of which is Circular no. 1805 of 8 July 2022.

It should be noted that FIFA periodically updates the RSTP and the circulars, and at the time of writing this article, the latest versions have been published in July 2022.

On the other hand, it is important to note that many countries, or federations for that matter, have their own legislation for the compensation of national transfers of football players. Although all of them are based on the general principles stipulated by FIFA, there are certain particularities and differences that it is recommended to study.

Furthermore, in the case of the European Union (EU) and the European Economic Area (EEA), FIFA has established special provisions in Annex 4 of the RSTP. In this regard, this article will analyse what is stipulated in the RSTP and the aforementioned Circular, which is generally applicable in cases where one of the parties is an international party.

3- When, how and where should training compensation be claimed?

As lawyers would say, it depends. First of all, we should point out that the training compensation is generated, when a football player is registered for the first time as a professional in the respective register of the Federation to which the contracting club belongs; or when an already professional player is transferred between clubs of two different associations (even during the term of his contract or at the end of his contract), before the end of the calendar year of his 23rd birthday.

YOU CAN ALSO RED: The professionalisation of women’s football 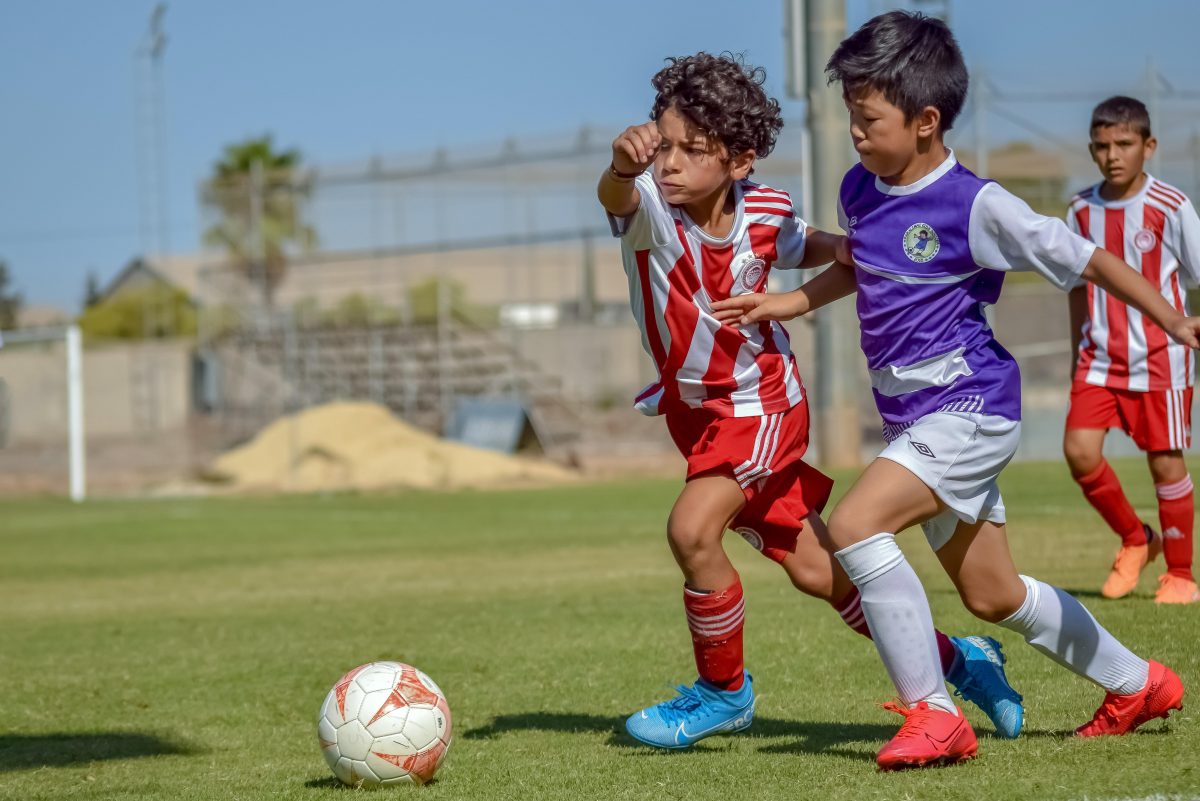 If the club that registers the player as a professional player for the first time fails to pay the training compensation to all clubs or the training club(s) within 30 days, a complaint can be lodged with the Dispute Resolution Chamber of the FIFA Football Tribunal. On the other hand, it should be noted that the FIFA Clearing House will automatically process the player’s electronic Sports Passport.

4- The existing categories in the Regional Confederations, in the federations and in the main football clubs of CONMEBOL and UEFA.

As mentioned in the introductory part of the article, FIFA has established different categories of training costs for each confederation. However, not all confederations have the same number of categories, nor the same training costs, nor do they use the same currency, as can be seen in the latest table according to Circular no. 1805 of 8 July 2022:

For example, only CONMEBOL and UEFA have Category I, however, the training costs are different and the first is calculated in US dollars and the second in Euros.

However, it should not be understood that all federations belonging to CONMEBOL or UEFA have Category I training costs, as in fact, the South Americans has only two countries in Category I: Argentina and Brazil. On the other hand, the European confederation has 7 countries in this first category: Germany, Belgium, Spain, France, England, Italy and the Netherlands. In other words, there are 9 countries worldwide that belong to Category I of the FIFA training costs, 7 of which are world champions.

On the other hand, it should also not be understood that all football clubs of the federations belonging to Category I have these training costs. In fact, it is possible for clubs of all categories to coexist in the same country. Indeed, it should not be forgotten that each national territory usually has a top-level professional league or championship, commonly called the first division or league 1, as well as divisions or leagues below it (second division, third division or league 2, league 3, etc.). That said, we have among the top clubs in the world that belong to Category I: Boca Juniors and River Plate of Argentina; Flamengo and Santos of Brazil; Bayern Munich of Germany, Bruges of Belgium, Real Madrid and Barcelona of Spain, Paris Saint Germain of France, Chelsea and Manchester United of England, Milan and Juventus of Italy and; Ajax of the Netherlands.

Let’s suppose that a Peruvian player named Alberto is born on 1 January 2000.

– On January 1st 2012 (season of his 12th birthday) he is registered by the Peruvian club Sporting Cristal as an amateur footballer.

– On 01 January 2016 (season of his 16th birthday) he is registered by the Peruvian club Alianza Lima as an amateur footballer.

– On 01 January 2018 (18th birthday season) he is registered as an amateur by the Peruvian club Universitario de Deportes.

– On 01 January 2020 (20th birthday season) he is registered for the first time as a Professional Footballer by the Brazilian club Flamengo, CONMEBOL Category 1.

How much would the Training Compensation be?

– From season 12 to 15, Category IV CONMEBOL is used according to what is indicated in numeral 3 of article 5 of annex 4 of the RSTP:

How much does each of the 3 Peruvian clubs receive?

As is to be expected, football players do not always stay a full year at a club, so most of the time it has to be calculated on a pro-rata basis including months and days. Furthermore, it is usual for a player’s first professional contract to be registered in his home country, however, the example used here is purely for pedagogical purposes.

YOU CAN ALSO READ: Clauses of termination of football players’ contracts in France

6- Opinion of the author

(i) It is necessary to add to Category I two confederations that in recent years have done exceptional work in the training of minors, not only from an economic point of view, but also from a strictly training point of view. Specifically, I am referring to CONCACAF and the AFC.

(ii) It is imperative to update the training costs of some confederations. One solution is to add an additional category to the existing ones. In such a way that several clubs that are not considered in the next higher category, but on average perform better than the standard of the category to which they belong, can be classified in a category that reflects the additional effort they make.

However, it should be noted that FIFA will modify the training costs, taking into account the actual investment of each club.

(iii) Taking into account the sustainable and rapid growth of women’s professional football, it is essential to recognise the effort that several clubs are making to train women footballers and therefore to create parallel categories in the confederations for the training costs of women footballers.