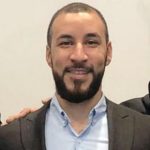 Lawyer by the National University of Asuncion (Paraguay), he holds a Master’s Degree in Sports Law and Management by the “ISDE Law & Business School” (Spain).

He is currently Director of the Diploma in Sports Law at the International Institute of Sports Management (Paraguay).

After an arduous process that involved several years of consultations, debates and discussions among football’s main stakeholders, the world football governing body finally promulgated its much talked-about “FIFA Football Agent Regulations”, (FFAR) which was conceived on the basis of 6 pillars:

These Regulations are intended to help ensure that the conduct of Agents conforms to the objectives of transparency and integrity in the football transfer system, as well as to protect and assist Players, Coaches, clubs, leagues and federations in obtaining higher quality services from FIFA licensed Agents. The implementation of the FFAR will take place during a transition period from its entry into force on 9 January 2023 until 1 October this year.

As is customary in international football regulations, this new Regulation begins with a section on “Definitions” where it can be seen that this body of rules, unlike the previous Regulation on relations with intermediaries of 2015, abandons the term “intermediaries” to replace it with the term “Football Agent” and defines it as a natural person in possession of a FIFA licence that allows them to provide representation services to a client for the purpose of formalising a transaction, these persons may represent footballers, coaches, clubs, legally independent leagues and member federations.

Although the regulation allows football agents to organise their activity as a business through agencies, which are also defined in this section, the possession of the respective licence to exercise the profession and the recognition as an agent will only be granted to a natural person, and here, too, a difference can be noted with the previous regulation which, according to its definition of intermediary, also recognised legal persons as such. 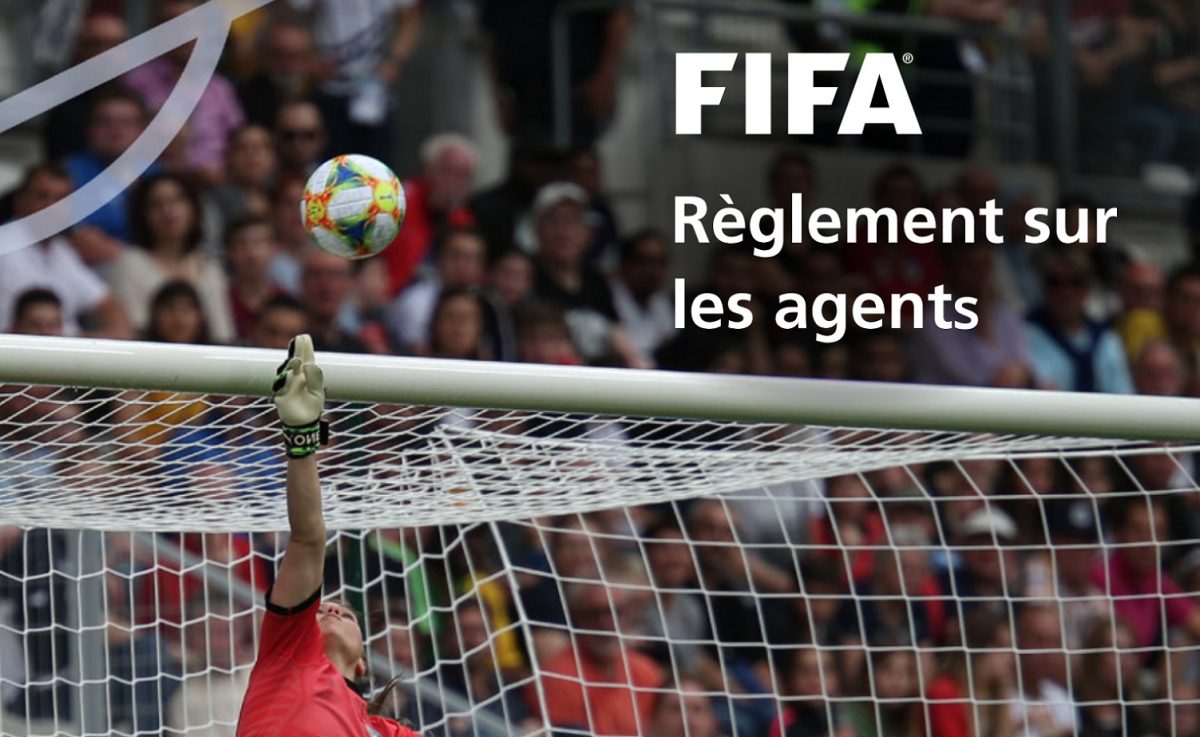 At the same time, the FFAR also incorporates other new terms such as the “tied football agent” and in its definition it establishes how they can be tied, as well as the inclusion of concepts such as “client”, “representation services” and “other services”.

Article 3 deals with national regulations and the obligation for these to be consistent and concordant with the Regulations issued by the World Football governing body, in particular it mentions that articles 11 to 21 of these regulations shall be included by reference.

In accordance with the new FIFA Regulations for Football Agents, the following section of these regulations sets out the steps to be properly completed by those who aspire to become Football Agents in order to obtain the corresponding licence to operate as such.

In this regard, the applicant for a football agent’s licence must:

1- Submit an application on the FIFA Agents platform.
2- Comply with the eligibility requirements according to article 5.2 of the RFAF, namely:
– Not provide false or incomplete information in the application.
– Not to have been convicted for the commission of certain offences or suspended at federation level.
– Not to hold the status of official or employee in any federation, club or league, nor have any interest in them or in sports betting companies.
– Pass the examination developed by FIFA, and
– Pay the annual fee of USD. 600 to FIFA

It is the responsibility of the FIFA General Secretariat to verify that the applicant for a licence meets these eligibility requirements.

The licence shall be issued for an indefinite period of time and shall be personal and non-transferable and shall authorise the agent to provide services worldwide, thus putting an end to multiple registrations.

In order to maintain the licence, Agents must complete a minimum of 20 Continuing Professional Development credits every year (online courses on the FIFA Agents’ platform) and failure to do so will result in automatic suspension of the licence.

The FIFA Regulations for Football Agents require persons wishing to obtain a licence to pass an examination consisting of 20 multiple-choice questions on FIFA Regulations, on-line and open-book but with a time limit of 60 minutes, which will be available in the three main languages of football: English, Spanish and French.

The questions will be based solely on FIFA legislation and not on the specific laws of the national associations. The key documents to be covered are as follows:

– Regulations on Football Agents (FFAR).
– FIFA Regulations on the Status and Transfer of Players (RSTP)
– FIFA Statutes
– FIFA Code of Ethics
– FIFA Disciplinary Code
– Rules of Procedure of the Football Tribunal
– FIFA Guardians Programme Safeguards Fundamentals
– Agents licensed in 1991, 1995, 2001 and 2008 and those registered under the Intermediary Relations Regulations 2015 will be exempt from taking this examination and will be required to apply for a new licence in order to operate.

– Multiple Representation and Conflicts of Interest

Part of the Regulations on Football Agents (FFAR) deals with multiple representation and aims to combat the problems of conflicts of interest and other moral and legal issues that have previously arisen through practice.

It is instituted as a general principle that an Agent can only provide services to one of the parties involved in the transaction, with a single exception: The agent can legally act on behalf of the individual player and the target club (buyer) only if certain requirements are met and there is prior written consent between both parties:

The guidelines for providing representation services to underage footballers are set out here and in that sense, it is prohibited to make any contact with a minor and/or his legal representatives, as well as to enter into a representation contract before 6 months before the minor reaches the age of majority to enter into a professional contract in accordance with the laws in force in his country.

Contact may only be made with the express written consent of the legal guardian, and failure to comply will result in a fine and suspension of the licence for up to 2 years.

In order to represent or advise on a transaction involving a minor, a specific course on minors must be passed as part of Continuing Professional Development.

No commissions may be charged, except for the signing of the first or subsequent professional contract.

FIFA, as part of its new policy on agents, set limits on agents’ fees, primarily to keep as much money as possible in the game. The severe commission restrictions implemented by FIFA for agent services in a single transaction are as follows: 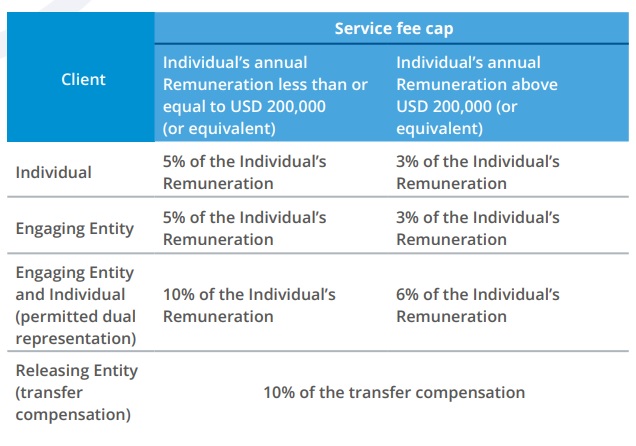 General Principle: payment of fees should be made exclusively by the Agent’s client.
Exceptions:

– If the player/coach earns less than USD 200,000 per year, he may authorise in writing his club/federation to pay the fee to the Agent without deducting it from his salary.
– If the player/coach earns more than USD 200,000 per year, he/she may authorise the club to pay the Agent but deduct it from his/her salary.
In cases of dual representation, the payment of fees may be split equally between club/federation and player/coach.
All payments shall be handled through the FIFA Clearing House.

FIFA will resume jurisdiction over disputes that may arise in relation to the contractual relationship between Agents and their clients and the Court of Football’s Agent’s Chamber will be the competent body to resolve disputes with an international dimension (as of 1 October 2023).

There is no doubt that FIFA, with the enactment of these new Regulations, seeks to regulate all aspects of the exercise of the profession of Agent in football, but even so, this Regulation raises important questions about other issues that will have to wait to be developed to see how they are dealt with by the world football body.