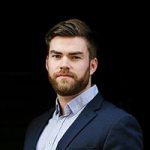 Hugo has been representing football clubs and players in proceedings before FIFA and the Court of Arbitration for Sport for several years. His working languages are French, English and Spanish.

FIFA solidarity contribution belongs, together with training compensation, to the so-called “solidarity mechanisms”, that FIFA put in place in 2001 in its first edition of the Regulations on the Status and Transfer of Players (RSTP) in order to “create solidarity among clubs, by awarding financial compensation to clubs which have invested in training young players.”[1]

1– What is solidarity contribution and how does it work?

Although solidarity contribution and training compensation share the same spirit of solidarity amongst clubs through a distribution of money towards amateur and/or training clubs, they should not been confused with each other, as they work very differently from one another.

The two main differences between these two mechanisms are that:

2- Where is solidarity contribution regulated and what do the rules say?

FIFA solidarity contribution is regulated within Article 21 and Annexe 5 of the RSTP, the former stating that:

“If a professional is transferred before the expiry of his contract, any club that has contributed to his education and training shall receive a proportion of the compensation paid to his former club (solidarity contribution). The provisions concerning solidarity contributions are set out in Annexe 5 of these regulations.”

Annexe 5 of the RSTP gives us more details regarding the clubs that are entitled to solidarity contibribution (a), the calculation of said contribution (b), as well as the payment procedure (c).

Which clubs are entitled to solidarity contribution?

How to calculate solidarity contribution?

First thing to know is that, in theory,[2] the full solidarity contribution corresponds to “5% of any compensation paid within the scope of [a] transfer” (Article 1 par. 1 of Annexe 5). These 5% shall be distributed between the clubs at which the player was registered as from the beginning of the calendar year of his 12th birthday, until the end of the calendar year of his 23rd birthday.

However, in order to know the amount of solidarity contribution, one needs to know the amount of any compensation paid by the new club. This information – although sometimes made public by the media – is generally not directly available to the entitled club, which is normally a third party to the transfer agreement in question.

Hence, entitled clubs shall request the transfer conditions to the debtor club, and, in the event the latter refuses to communicate them, the only solution might be to lodge a claim (see below).

Finally, what does include the terms “any compensation” foreseen in Article 1 of Annexe 5? Pursuant to the jurisprudence of both FIFA and the Court of Arbitration for Sport (CAS), this provision shall have the broadest interpretation, and shall encompass fixed transfer fees, conditional fees (such as bonus or sell-on fees) and even the player’s value in case of swap of players.[3]

What is the payment procedure?

Theoretically, the new club, which is the debtor of solidarity contribution, shall deduct from the transfer fee due to the player’s former club, 5% to be distributed to the creditor clubs. Pursuant to Article 2 par. 2 of Annexe 5 of the FIFA RSTP:

“It is the responsibility of the new club to calculate the amount of the solidarity contribution and to distribute it in accordance with the player’s career history as provided in the player passport.”

The debtor club has the responsibility to calculate and pay the corresponding solidarity contribution to each creditor club “no later than 30 days after the player’s registration or, in case of contingent payments, 30 days after the date of such payments”. (Article 2 par. 1 of Annexe 5)

YOU CAN ALSO READ: The protection of minors in football

In practice, it means that the entitled clubs can claim solidarity contribution as from the 31st day that followed the due date of the corresponding transfer compensation, and thus, that the prescription starts running from this date (see below). 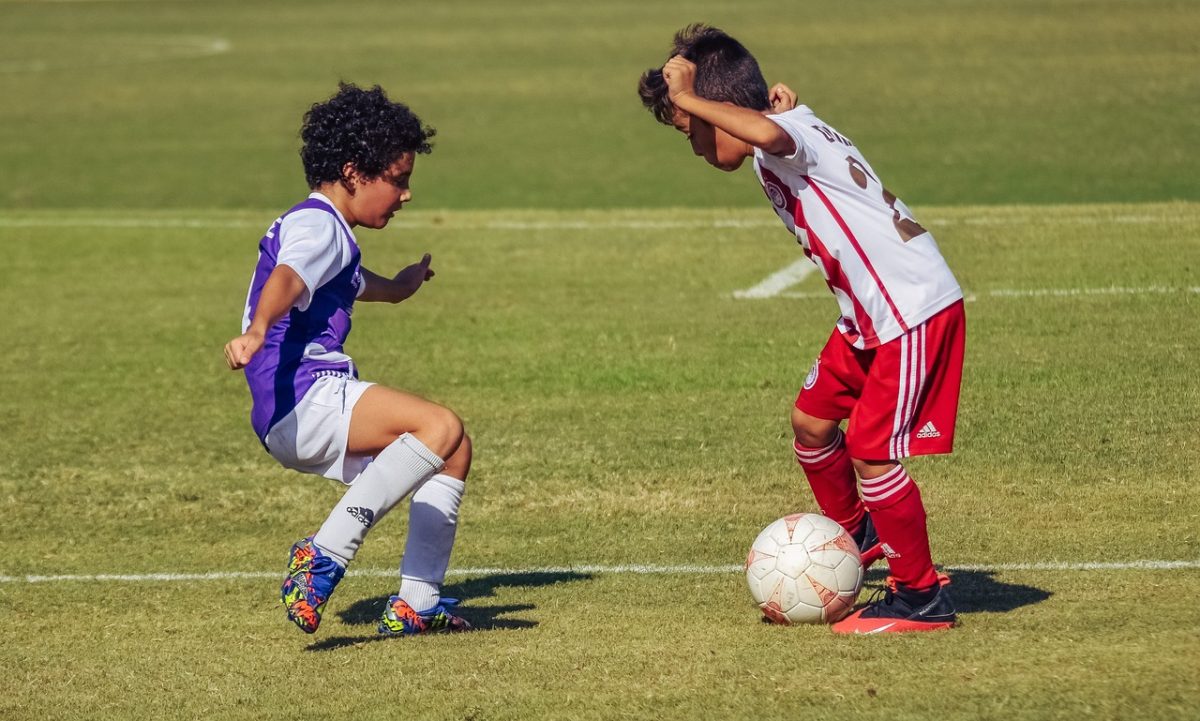 3- What are the recent changes that took place within the RSTP?

Two major changes occurred in the last couple of years within the FIFA RSTP regarding solidarity contribution.

First, the scope of application of solidarity contribution, which was limited to internationally transfers only, has been extended to domestic transfers, “provided that the training club is affiliated to a different association” (Article 1 par. 2 (b) of Annexe 5). This important change was made with the implementation of the RSTP June 2020 edition, which entered into force on 01 July 2020, and thus, applies to all the transfers that took place since that date.[4]

This difference of treatment between clubs based on their “nationality” is due to the fact that the FIFA RSTP applies to international football only, meaning that purely domestic situations/disputes shall be regulated via the Regulations of that national association in question. Moreover, FIFA only has competence to deal with cases that have an international element (see Article 22 of the RSTP.)

The second major change regarding solidarity contribution was implemented within the RSTP January 2021 edition, and concerns the period of registration to take into consideration to calculate solidarity contribution. This edition and these changes entered into force on 01 January 2021 and thus, apply to every transfer that took place since then.[5]

Conversely, if we take into consideration the calendar year, it means that, for that same player, the calendar year of his 12th birthday is the year 2012, which runs from 01 January 2012 until 31 December 2012.

In that example, the new way of calculating the registration period has moved forward by 6 months the “solidarity contribution period” (starting on 01 January 2012 instead of 01 July 2011), which has consequences for the entitlements due to the training clubs.

4- How to claim solidarity contribution?

Both solidarity contribution and training compensation claims are processed through the FIFA-TMS, generally via the claimant club’s account, or via its national association in the event the claimant club does not have any TMS account (professional clubs are obliged to have one).

The claimant will have to submit information such as the player’s registration period, the alleged date of transfer, and some compulsory documents such as the Player Passport (see Articles 27 and 28 of the Procedural Rules Governing the Football Tribunal, June 2022 edition).

FIFA will normally issue a proposal within few days from the date of the claim’s submission, which will become final and binding within 15 days of its notification in the event the parties (even tacitly) accept the proposal (see Article 20 of the Procedural Rules Governing the Football Tribunal, June 2022 edition).

On a personal note, I believe that the statute of limitations as foreseen within Article 23 par. 3 of the FIFA RSTP, i.e a two years deadline “since the event giving rise to the dispute”, which is perfectly in line with Swiss law (Article 130 CO), and is not problematic for contractual disputes (clubs v. clubs, players v. clubs or coaches v. clubs) is not fair for solidarity mechanisms entitlements.

Indeed, entitled clubs to training compensation and solidarity contribution are generally third parties to “the event giving rise to the dispute”, and thus, can be unaware that their entitlement is born, and a fortiori that the two years deadline to claim it has started to run.

YOU CAN ALSO READ: The professionalisation of women’s football

Unfortunately, this short statute of limitation, combined to the mala fide of some clubs which do not inform the training clubs of their entitlement, has resulted in many training clubs not being able to receive their due solidarity contribution.

Such unpleasant situation has been acknowledged by FIFA, and is one of the reason of the creation of the FIFA Clearing House.

5- Looking towards the future: the FIFA Clearing House

In order, inter allia, for training clubs to stop being denied their solidarity contribution, FIFA informed the football stakeholders, back in July 2019, that it decided to create the FIFA Clearing House.[6]

Due notably to the COVID outbreak and its consequences within football and beyond, the implementation has not yet taken place (at the time of this article) but major steps have been made, the latest in date being the granting by the French authorities of a licence to the Clearing House to operate as a financial institution in France.[7]

If there is no doubt that this implementation, once in operation, will allow a bigger share of due solidarity contribution to be distributed to training clubs than in the present situation, clubs shall not believe that legal advice or legal representation will not be needed any longer, as it is certain that disputes regarding solidarity contribution will continue to take place before the FIFA Football Tribunal.

[1] FIFA Circular No 769 from 24 August 2001, available here: https://digitalhub.fifa.com/m/52905820e6b2bd01/original/dml3hvtpgzmjkbn5hixd-pdf.pdf
The most recent edition of the RSTP, at the time of this article, is the July 2022 edition, available here: https://digitalhub.fifa.com/m/cb37201b05fe8f7/original/Regulations-on-the-Status-and-Transfer-of-Players-July-2022-edition.pdf

[2] It can be less in case of gaps within the player’s registration history, or in case the player is transferred before the end of the calendar year of his 23rd birthday.