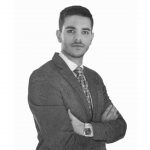 📍Versions of the article available in other languages::

Following the recent decisions of the Court of Arbitration for Sport (hereinafter “CAS”), many professionals and industry leaders have expressed doubts about the bias and independence of the Court.

Following the recent Report[1] published last January 2022, the author of this document proposes a series of easy-to-implement measures that could provide greater transparency and legal certainty to the institution.

That is why, in this publication, we will briefly review the existing proposals for improvements for the CAS.

It is true that there are traditional advocates of the confidentiality of awards, as this is an inherent feature of the arbitration system. However, it is also true that the awards could be published with their prior anonymisation, and even the publication only and exclusively of the grounds applied by the Panel, since, at the end of the day, this is what really interests the experts in the sector.

It should be emphasised that the main objective of this measure is that all professionals in the football industry, as well as in sport in general, have access to all existing information and can defend the rights of their clients on an equal footing.

Furthermore, in order to make the institution more transparent, the author proposes the publication of a series of statistics that provide certain relevant data, such as for example

In this regard, in order to remedy the above, there are three proposed solutions:

In a list of more than 300 arbitrators, each and every one of them with recognised experience, it is difficult to understand why a minority group of arbitrators is always appointed. In order to avoid this type of behaviour, the three proposed solutions are:

YOU CAN ALSO READ: Why did the CAS give the reason to Alianza Lima?

As is well known, in appeal proceedings, Article R54 empowers the President of the Chamber to nominate the Chairperson of the panel to settle the dispute. Although at first glance, this may seem a matter of little importance, it may be the decision that determines the outcome of the proceedings.

In this regard, there are two proposed solutions:

(i) The publication of a detailed list of each presiding judge’s involvement in previous awards, and, a detailed description of the reasons that led to the choice of that presiding judge.
(ii) That the parties should choose the Chairperson of the Panel by mutual agreement in advance, failing which the choice should be made by the President of the Appeals Chamber on the basis of objective and rational criteria established in advance.

It should be noted that, although the author of this document understands that CAS is the appropriate channel for resolving issues and disputes generated in the world of sport, and specifically in the football industry. However, they propose to adopt a series of measures that would provide greater transparency and good governance to the institution in order to provide legal certainty and dispel all doubts regarding its good governance.

Finally, in the authors’ view, the solution is not to change the dispute resolution body. On the contrary, we must use the experience of the referees and the institution as a whole to adapt the body to the standards of transparency and legal certainty that today’s football industry and sport in general demand.

[3] For example, anyone who thinks of FIFA remembers Gianni Infantino; in the case of UEFA, it is represented by Ceferín; LaLiga by Javier Tebas; RFEF by Rubiales, among others. Given the incessant criticism made by the CAS, it would be appropriate for a representative figure to emerge to defend the interests of the body and be able to clearly, directly and unequivocally state its position on the matter.

This article was published and translated by Winter – Dávila & Associés, an international law firm based in Paris, in France, represented by lawyers specialized in arbitration, corporate law, sports law and representation.