Why did the CAS give the reason to Alianza Lima? 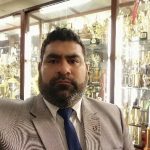 To understand the dimension of the latest CAS award, it is necessary to know that Alianza Lima is a great Peruvian football club, with many championships in its history, countless participations in international cups and sub champion of Peruvian football in the 2019 season. It is also one of the clubs that currently enjoys economic stability, so in 2020 it made a millionaire recruitment of players to face its participation in the Liga 1 movistar. According to Transfermarkt, the Blue and Whites had the most expensive squad in Peruvian football, worth 10.6 million euros. However, after playing 28 games last season, they were relegated to 18th position with only 26 points in the accumulated table, which automatically made them one of the three relegated teams.

Despite this, Alianza Lima challenged a ruling by the Licensing Department of the Peruvian Football Federation (FPF) and four months later, on 17 March 2021, CAS immediately ordered the sanctioning of the Football Association Club Carlos Stein, with a deduction of 2 points from the accumulated standings of League 1 of the 2020 season. This means that Alianza Lima will return to the first division, not in a footballing sense, but in a purely legal sense. 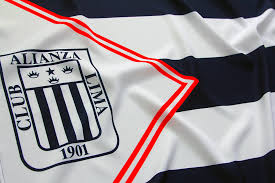 Consequently, it is time to begin to portray what happened from the legal point of view of sports law. Well, the club Alianza Lima, after being defeated in the football field, played an unprecedented game in the legal field and filed, on 30 November 2020, a complaint against the Association Football Club Carlos Stein, before the Licensing Management of the FPF (hereinafter, the Management), so that the Licensing Commission of the FPF (hereinafter, the Commission) resolves as a first instance. In their petition, they requested the strict application of the Licensing Regulations (hereinafter, the Regulations), i.e. to sanction the Stein club with the withdrawal of points for non-compliance with the labour and social security obligations provided for in art. 76 of the Regulations.

The background used is that according to resolution N° 076-CCL-2020, issued on 23 November 2020, the Carlos Stein club had already been sanctioned in the months of January, February and August, according to the following detail:

In other words, the Carlos Stein club repeatedly infringed the corresponding regulations, so it was only appropriate for the Commission to impose sanctions of withdrawal of points, given that the warnings that have been imposed were not persuasive, let alone dissuasive. 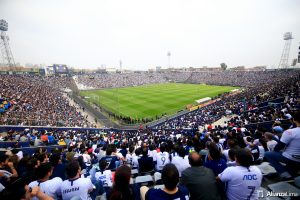 In this regard, Alianza Lima pointed out that, on 31 October 2020, Club Carlos Stein should have paid the remuneration and social security contributions for that month to its players, but this payment was not made until November, a fact which could fully demonstrate its recidivism, This, added to the months of January and February, makes it clear that the Commission had no other option but to apply its own criteria established in the aforementioned Resolution N° 076-CCL-2020, dated 23 November 2020, which indicated that in the event of a club failing to comply again with the provisions of article 72. 2, Article 76 (b) and Article 76.3 of the Regulations, the Commission may reserve the right to impose more drastic sanctions, as prescribed in Article 88.1 (a).

Before continuing, it is necessary to make a brief digression from all that has been said above in the present case, since it is necessary to ask, what sanction should the Commission have imposed according to the principle of legality and proportionality? In the modest opinion of the undersigned, the sanction that should have been imposed was a more serious sanction than the one it imposed.

Now, continuing with the account of the events that took place, by means of official letter N° 0082-GCL-2020, issued by the Management, a response was given to Alianza Lima’s complaint, indicating that the sanctions can only be challenged by the affected club by means of an appeal to the FPF Licensing Tribunal (hereinafter, the Tribunal) within seven days of their notification, in accordance with the provisions of article 86.1 of the Regulations. In the same vein, it should be noted that, according to article 86.8, the decision issued by the Tribunal may be appealed before CAS only by the clubs affected and sanctioned by the Commission.

Consequently, according to the aforementioned official communication, a club acting as a third party, in this case Alianza Lima, could only avail itself of article 84 letter c) of the Regulations, requesting the initiation of an investigation, provided that it complies with the formal and substantive requirements prescribed by the regulation, i.e. that there are duly substantiated facts that require investigation and that have not been previously evaluated by the Commission, in its capacity as the first instance decision-making body. 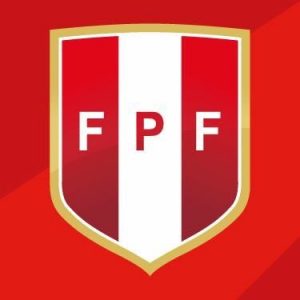 Therefore, the management indicated that the legitimacy to act is manifested in accordance with pre-established procedures and the regulations enable such decisions to be challenged only through an appeal, which the sanctioned club lodges with the Court, a situation that would not be appropriate since Alianza Lima was not part of the sanction.

For these reasons, the Management pointed out that the complaint filed by the intimo club was not admissible, as it requested the exercise of actions on facts that had already been evaluated, analysed and sanctioned by the Commission, and therefore exceeded the scope of the Management’s powers.

On the other hand, with regard to sanctions for infringement of article 76 b) of the Regulations, the Management and the Commission have maintained a criterion of interpretation based on the COVID-19 Directive, which aims to give priority to competition and fair play, to the extent that it does not distort the sporting course of the championship, while complying with the purpose of the regulation, which is the protection and safeguarding of players’ rights and preventing excessive indebtedness of the clubs, in relation to the payment of the labour obligations that must be fulfilled. In the Commission’s opinion, this objective has been achieved, as the clubs have regularised their payments, despite the particular situation that the sporting world is going through as a result of the COVID-19 pandemic, which has had a negative influence on many aspects of the sporting industry and has hit it hard financially.

In summary, for all the reasons described above, the management stated that the Alianza Lima club’s request did not meet the requirements to grant their application, which is why it was rejected.

This rejection generated the disagreement of Club Alianza, which decided to appeal to CAS, on 4 February 2021, by means of an appeal. The arbitration court declared itself competent in the case, accepting the claim and initiated the proceedings. It should be noted that the Victorian club requested and received the support of the FPF and the Carlos Stein Club to carry out an accelerated procedure that greatly reduced the time to initiate the arbitration.

On 24 February 2021, Alianza Lima presented its memorial that would support its claim, and on 11 March the deadline for the parties involved in the lawsuit to present their arguments expired. The hearing was scheduled for Monday, March 15 of this year, by the three arbitrators chosen by each of the parties, and was conducted in Spanish as the new official language. The proceedings lasted an average of 6 hours of arduous legal debate, via videoconference with the zoom platform. Each party presented its legal arguments and, as mentioned above, on Wednesday 17 March this year, CAS issued its ruling in which it decided in its operative part to immediately order Alianza Lima’s legal standing to appeal the resolution of the Commission and to sanction the Carlos Stein Football Club Association with a deduction of 2 points from the cumulative standings of League 1 of the 2020 season.

This ruling has led to Alianza Lima returning to the first division, we reiterate, not in a footballing way, but in a purely legal way. However, instead of putting an end to the controversy, several expert voices in sports law have raised several questions:

1- Why did CAS decide in favour of Alianza Lima?

2- What is the FPF’s way out of enforcing the arbitration award when a championship has already started?

3- What will happen with the match that Carlos Stein played against Alianza Atletico at the start of the 2021 Liga 1 Betsson season?

4- What actions will Alianza Atletico take with the match they played against Carlos Stein, will they ask for the points or will they play with Alianza Lima?

5- With respect to the club Carlos Stein, what will happen with the contracts it made with its sponsors?

6- How much will the economic loss of the Carlos Stein club be due to stop playing in the first division and who will assume that?

7- Will the most representative players of the Carlos Stein club want to play in league 2 or will they ask for the termination of their contracts due to the club’s withdrawal?

8- Would it have been possible to wait for some time to know the CAS decision before starting the championship because it is against the legal certainty of the tournaments?

9- What should be done with the acquired rights of the Carlos Stein club to play in the Betsson League 1 this year?

10- Is the CAS ruling actually enforceable by the FPF, taking into account that it is already playing in the new Betsson League 1?

To date, no further answers can be given without knowing the basis of the ruling. In that sense, we commit ourselves to finish this article after having studied in depth the grounds of the CAS ruling, once it is published.