The four Chambers of The Court of Arbitration for Sport

As is generally known to lawyers specialized in sports law, the Court of Arbitration for Sport (CAS) [1] is the international arbitration chamber responsible for resolving, in the final instance, disputes arising from sport-related conflicts.

This exclusive jurisdiction means that the CAS can be seized by the world’s highest sports body, i.e. the International Olympic Committee (IOC), as well as by the least internationally known sportsman or sportswoman.

That is why, in this article, we will briefly detail the arbitration chambers that exist at the CAS.

According to Articles S3, paragraph 2 and S6, paragraph 8 of the Code of Sports Arbitration, as well as the Rules of the Ad-Hoc Chamber for the Olympic Games, there are four types of Arbitration Chambers at the Court of Arbitration for Sport:

– The Anti-doping Division; and 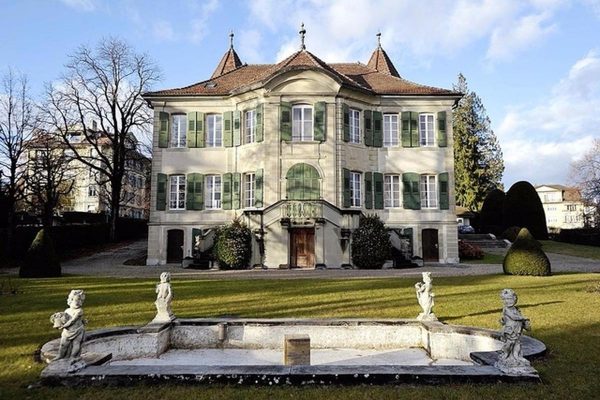 First of all, the Ordinary Arbitration Division is in charge of the ordinary proceedings, in other words the so-called “classical” arbitrations in which the parties voluntarily submit themselves to resolve any dispute before the CAS. The only requirement for submission to the Swiss court is that the matters are sport-related, including related financial matters.

The Appeals Arbitration Division, for its part, is competent to hear appeals against decisions issued by a National Federation (NF) or an International Federation (IF) or a Sports Association (SA) or, in general, any sports body, provided that its statutes provide for the CAS to act as the final arbitral instance with regard to decisions taken by its legal bodies. As in the case of ordinary proceedings, appeal proceedings must relate to sporting matters, including also the financial affairs of sport.

The third chamber provided for by the Arbitration Code is the Anti-doping Division, which, as its name suggests, deals with all doping cases. A particularity is that it can act as an authority of first instance, but also as a single body.

The latest arbitration chamber, officially called the “Chambre Ad Hoc[2]” in French and “Ad hoc Division[3]” in English, is not included in the Code of Sports Arbitration and does not operate on a permanent basis. It should also be noted that the official names in other languages are given, because the amendment made in 2020 to article R29 of the Code of Sports Arbitration, which includes Spanish as the third official language of the CAS, would apparently not cover the present arbitration chamber. Therefore, for practical purposes, we have made a free translation (in the Spanish version of the article), so we call the fourth chamber of the Court of Arbitration for Sport simply the “Cámara Ad Hoc”.

The Ad hoc Division plays a decisive role in the administration of sports justice at the Olympic Games. It is worth noting that the first was created at the Atlanta Olympic Games[4] in 1996 and since 2003 has had its own Rules of Procedure, officially called in French: “Règlement D’arbitrage Pour les Jeux Olympiques” and in English: “Arbitration Rules for The Olympic Games”.

Finally, it should be noted that, following the success of the Ad hoc Division at the Olympic Games, the International Council of Arbitration for Sport (CIAS) has on more than one occasion used its prerogative to create Ad Hoc arbitration structures for other major sporting events, such as the World Cups organized by FIFA, the European Cups organized by the Union of European Football Associations (UEFA) or competitions organized by the Asian Olympic Committee (AOC), but without drawing up specific rules, as was the case for the Olympic Games.

[2] Which translated into Spanish is “Cámara Ad Hoc”.

[3] Which translated into Spanish is “División Ad Hoc”

[4] It should be noted that in Article 61(2) of the Olympic Charter, the IOC explicitly submits to the jurisdiction of CAS when it states: “Any dispute arising out of or in connection with the Olympic Games shall be submitted exclusively to the Court of Arbitration for Sport (CAS), in accordance with the code of arbitration in sporting matters”.

– Johan Lindholm. The Court of Arbitration for Sports and Its Jurisprudence, an Empirical Inquiry into Lex Sportiva. La Haya: T.M.C. ASSER PRESS, 2019. 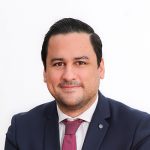 Miguel Ángel Dávila :
Lawyer from the University of Lima (Peru); Master 2 in sports law from the Université Paris 1 – Panthéon Sorbonne (France); arbitrator of the Chamber of Conciliation and Dispute Resolution (CCRD) of the Peruvian Football Federation (FPF); president of the Justice Commission (CJ) of the Peruvian Rugby Federation (FPR); partner of Estudio Valdivia – Dávila & Asociados (Peru); partner of Winter – Dávila & Associés (France); member of the Director Committee of the Association Droit du Sport Paris I Panthéon – Sorbonne (DSS) of France; member of the Peruvian chapter of the Ibero-American Institute of Sports Law of Brazil (IIDD) and former player of the Peruvian National Rugby Team.

WANT TO SHARE THE ARTICLE WITH SOMEONE WHO DOESN’T SPEAK ENGLISH? CHECK OUT THE OTHER VERSIONS AVAILABLE IN OTHER LANGUAGES!
Version française (FR)
Versión en español (ES)
By wdadmin|2021-07-15T10:37:54+00:00July 15th, 2021|Article Sportslaw (EN)|0 Comments