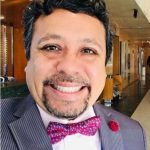 It’s early January 2022 and Serbian tennis star Novak Djokovic cannot defend his crown at the new version of the Australian Open. The current world number one and nine-time champion of the first Grand Slam of the world’s best tennis tour arrived in Melbourne with a medical clearance that, at first glance, should have exempted him from being vaccinated against Covid-19 – the much-touted deadly pandemic. But his own convictions were met with a major obstacle in the form of the oceanic country’s strict health policy, which is geared towards anyone intending to penetrate the borders of its sovereignty.

The recent conflict began when the Australian government prevented the tennis player from entering the country legally because he did not meet the entry requirements, which were mainly of a health nature, and which meant his immediate arrest and internment in a detention centre. However, this sudden decision was abruptly overturned by a court decision ordering his immediate release. No one expected – after analysis and over the course of days – that the tennis player would show serious contradictions in providing the information and documents needed to obtain the visa. In our opinion, the act of expulsion was a consequence of the presence of possible health insecurity in the host country, which could damage the image of the sports world and, more specifically, the tennis industry. 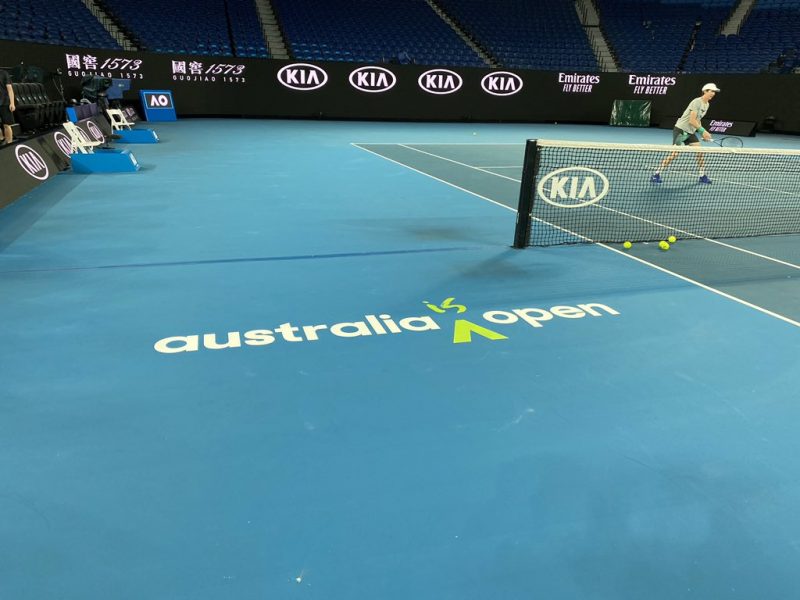 As a reminder, it is important to know that in June 2020 the tennis player tested positive and that this was the athlete’s first health scare. There was no guarantee that he would not contract the virus again. Coupled with global epidemiological developments, the host country authorities ordered that all athletes be subjected to a mandatory 14-day quarantine in their respective hotels before the competition began. The tennis player heightened suspicion by stating that he was against the vaccine, which was seen as an open disregard for health regulations, especially as the medical ‘safe-conduct’ that would allow him to enter the country was granted by an authority outside the Australian government.

Subsequently, in December 2021, the aforementioned tennis player tested positive for the Covid-19 virus again and defended his position to participate in events open to the public, pointing out that he had tested before his infection, and that the tests were negative, which in practice confirms his lack of respect for the community in terms of health, since in our view, the common interest must take precedence over the particular. Even in his own public statements, he hinted that he would not travel to Australia, leaving his participation in the tennis open in abeyance until then.

While it was originally intended to be a conspicuous absence from the tournament in early January 2022, the aforementioned athlete officially announced that he would participate, but with a medical exemption under his arm and as a form of protection. Understandably, the Australian authorities took precautions and acted cautiously, as they had serious and, in our opinion, reasonable doubts about the medical reasons for exempting the tennis player from vaccination. In the end, this led not only to the arrest and detention of the athlete, but more importantly, to his deportation from the country.

Faced with the denial of the visa and thus the sudden departure and abandonment of the country, a legal plan was put in place that began with his lawyers applying to a federal court to allow him to remain in the country and thus his legitimate participation in the competition. The legal defence pointed out that the tennis player received a medical exemption for contracting covid-19 in December 2021 and that it was covered by the Australian Tennis Federation and approved by an independent panel of experts. Subsequently, the judicial authorities ordered the immediate release of the tennis player, the return of his personal documents and the payment of legal fees and expenses.

However, the tennis player’s accounts of his public actions were met with suspicion, especially as the breach of the quarantine period – 14 days of isolation – was considered a serious breach of border laws. A few days later, the Australian government decided to cancel the tennis player’s new visa and he was on the brink of deportation. However, the last resort was to make a new application to a court, in order to remain on Australian soil and be able to participate validly in the first grand slam of the year. Finally, one day before the tournament started, the court confirmed for the second time the visa refusal and the deportation of the tennis player.

In this scenario, we are confronted with the scope of the concept of sovereignty, which is seen as a supreme political power corresponding to an independent country, without interference of any kind, and, as we know, Australia is no stranger to this. From a political perspective, sovereignty is seen in objective terms as the supreme authority that holds the ultimate and inalienable power of governance. In this context, the question arises as to whether a global view of health should prevail in this case, or whether, on the contrary, each nation should deal with a health crisis in isolation and sovereignty. In the middle ground, both scenarios deserve to interact, but the public interest must prevail, in an open dialogue.

In this sense, the world must revolve around national political organisation. Therefore, in our opinion, the only way to solve this paradox is through common action, which encourages countries to share the goal of sovereignty while taking care of their geographical borders. Therefore, public interest, general interest or national interest is the name of an essential concept in political science with very different expressions, but it identifies with the common good of society as a whole, understood as a social body, and not so much with the interest of the state itself.

Basically, the term is used to reflect the idea that the purpose of the actions of the state, or the institutions of a politically organised community, must be the good (happiness, interest, utility or benefit) of the citizens as a whole (the totality of those who make up a nation). The defence of national interests is the declared purpose of the external action of states.

From this perspective, the public interest proposition assumes that it will be possible to find a general consensus to adopt a policy, action or proposal that is beneficial to all. But in reality, not all conflicts can be resolved in a win-win situation.

A possible solution – at least in principle – to this problem could be to try to compensate the ‘losers’. (See, for example, the “Scitovsky criterion” in Welfare and Efficiency).

However, it is not always clear who the losers are. Moreover, even when one knows who they are, it is not always possible to determine what the appropriate levels of compensation would be. For example, there are groups that are not able to articulate their interests in a systematic way or even have adequate representation, which is part of the case. This is particularly the case when the damage is indirect or general, as in the case of capital damage and environmental protection.

This criticism applies particularly to those who suggest that the common good can be satisfied by market forces, e.g. advocates of unregulated globalisation.

Furthermore – and in relation to the ‘economist’ conception of the common good – as John Rawls pointed out when he introduced a distinction between ‘The Good’, which is about creating a better material world, and ‘The Just’, which creates the conditions for a free and just society, which allows for the pursuit of virtue but does not prescribe how to do it or what exactly is desired. Thus, the common good would be the good that is common to every citizen, the good of every citizen, rather than a definite or concrete conception of what constitutes the good of everyone. 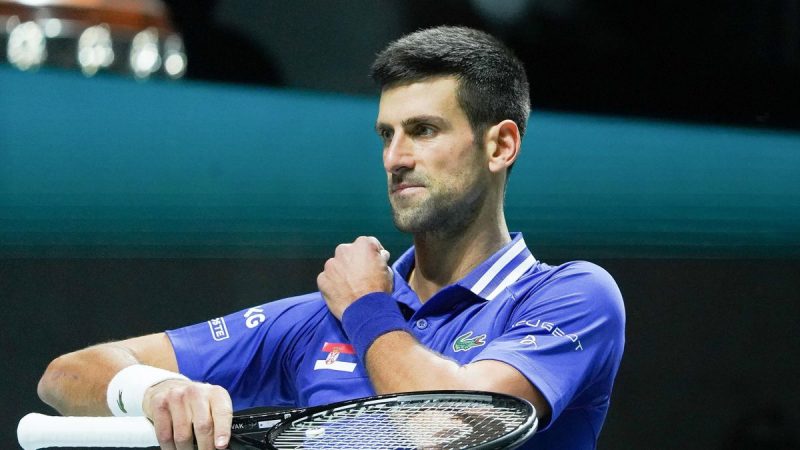 In accordance with what has been briefly described and for reasons of space, the present work is only intended to be an opinion piece, and in this sense we must point out that some experts in the field of sport look the other way and do not observe the details in the case in question and instead seek to arrive at a balancing of fundamental rights, as they point out that there would be a conflict between the right to health and the right to work or to free transit, or even to the legitimate practice of sport.

We believe that the problem could be solved in an even simpler way. The core of the problem lies in the health care of citizens, because of the increasing number of people infected with Covid-19 in the world. Thus, it was perhaps not enough for common sense that the athlete – in the face of his or her firm belief that he or she is not vaccinated – should prove by reliable documentation issued by a health authority recognised by the country receiving the visa that he or she is not infected, as well as the completion of a period of isolation before the competition. All this is an act of responsibility and respect for others. Sport inspires solidarity and this was not seen in the staunch legal defence of the athlete, but rather in the open disregard of the host country’s public policies. This will lead others to take a similar position in the near future.

Then we believe – moving to the opposite shore – that even disregarding a legal mandate, the public interest must take precedence over any law that prohibits or sets mandates; on the contrary, laws, even the most stringent ones, cannot be above the life, needs and full existential development of human beings. Human law must not be interpreted or fall into a legal relativism that seeks to favour a particular interest. The public interest must be the preliminary filter for putting human dignity first. Human dignity is at stake when the human good is not sought. The law cannot be manipulated when it should be an instrument for human good and not an end in itself. Love of neighbour has the human person at its centre (Mark 2:23-28).

Sport can lose an athlete due to various circumstances, including circumstances beyond his or her control. On the contrary, the athlete should not be driven away from sport by a conviction devoid of common sense, because he or she has devoted the best of his or her life to it.