What’s the future for transgender athletes in sport?

Today it is clear that the emergence of debates about gender identity has a strong impact in public discussion, not only in the fight for equality but also in the approach of the subsidiary questions which ensue from it.

Sport is not excluded from these debates where we see many situations that deserve gender questions to be addressed, and taken into account by the whole sports community. Although this issue isn’t new in the sports world (there have been precedents over the past fifty years) the actual symbol of the issue is. In fact, the amount of cases worldwide, in different disciplines is relatively new. 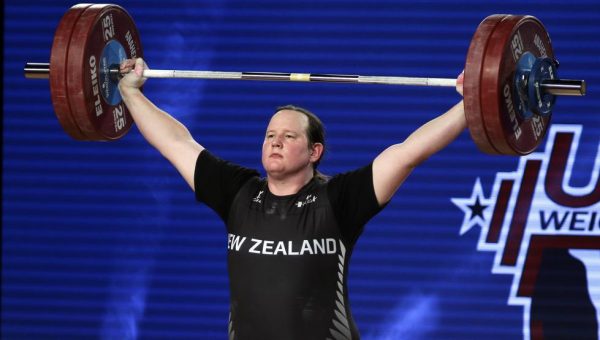 Laurel Hubbard is a transgender athlete from New Zealand, who competes in weightlifting. She won a silver medal at the 2017 World Weightlifting Championships in the +90 kg category (photo: mundodeportivo.com)

The complexity of this issue resides in many ramifications which arise little by little when addressing the gender theme gender in the context of practicing sport.

The traditional binary classification established by the sports federations, between the masculine and feminine category is today shaken not only by the questions concerning “binarity”, but also by the will of many “groups” to be recognised, such as the LGBTQ (lesbian, gay, bisexual, transgender and queer), “intersexual” or “asexual”.

There is no doubt that, nowadays, the practice of sport is recognised as a fundamental and a universal right. Furthermore, there are a series of rights and guaranties which recognises minorities and vulnerable groups allowing them to protect them against any form of discrimination. Consequently, if:

a) The practice of sport is a fundamental and a universal right established by many normative texts (such as the Olympic Chart) for all human beings;

b) The sports federations organise the practice of sport according to gender (binary, with other indicators, such as the age, the nationality and the weight);

c) Therefore, it is important to question how transgenders or “intersexual” people integrate practicing sport.

The sports federation have already tried to legislate this subject, but for most part are confronted with legislations and certain court decisions.

Since the 2003 Stockholm consensus to the 2015 Lausanne consensus, passing through different International federation regulators such as FIFA, ITF, FIH or FIBA, this normative production doesn’t match the international tendency, which tends to optimise the gender criteria in the practice of sport. Certain states authorise establishments to deliver identity cards without the information relative to gender.

Without being exhaustive, it is important to distinguish four potential scenarios of conflict in cases of competition where transgenders or people with no defined gender would participate. The nature of the first conflictual scenario would purely be sportive; the second would be civil, the third would be economic and the last would be federative:

In the interest of an honest practice of sport, from the specificity of the sport and the principle of autonomy of the international Federations, is it lawful to maintain a limitation or an exception to the full recognition of people’s rights who don’t identify to a binary classification of gender?

Broadly speaking, there are different views on the authorisation for transgender or non-binary athletes to practice sport without restriction of the federated sport. Since on one hand there is a strong reluctance (mainly from federations and sports organisations) to the free exercise of the right to practice sport in the cited conditions for the integrity of sport. On the other hand, people with no direct link to federations or sports organisations (for example, gender movements, philosophical ideas, justice and general legislation) who promote the practice and participation to sport in a federated way, independent from gender, by putting forward equality and non-discrimination.

More specifically, I would tend to support that we are facing an extremely complex situation in which many conflicts are to be predicted. Consequently, it will be necessary to gather many fields of competence to better apprehend the issue: law, sociology, psychology, philosophy etc., since sport is one of the most practised activities by human beings, at any age and all over the world, professionally of for leisure, by people with different religions, different skin colours, by women, men but also by transgender people, “asexual” people or “non-binary” people, this multitude of situations requires reflexion to achieve a consensus on the conditions to practice sport. 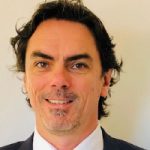 In addition, Blas is the director of the Institute of Sports Law in the Province of Buenos Aires and of the Revista de Derecho del Deporte at the Latin American legal publishing house Microjuris.com.