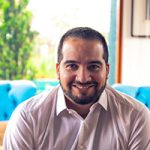 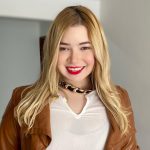 Professional soccer players cannot be considered as simple workers. They represent important assets for their clubs at the accounting level. Therefore, it invites clubs to retain their players until their transfer to another club becomes profitable. The importance of soccer in our society as well as its development in a productive and a wealth-generating activity has created a series of issues regarding the working conditions of the players and their compatibility with the standards of labour legislation.

It is advisable to analyse the ending of the employment contract between a player and his club by taking three elements into account.

– The first element obviously concerns the termination of the contract.

– The second element is the eventual failure to execute one of the clauses of the contract.

This being said, it is necessary to put forward three fundamental points that every player at the end of their contract with their club should know.

1- Does the contract include a release clause?

If the contract includes a discharge clause, then there is a double link between the parties. The first one corresponds to the provision of services of the player, in a subordinate relationship, in exchange of payment. The second one includes the compensation for damages caused in the event of a failure of execution of one of the main obligations of the contract. [1]

This release clause is present in the vast majority of sports contracts (although it is prohibited in France). However, the amounts relating to this clause vary a lot: Neymar’s release clause, in Barcelona, was worth 222 million euros, Messi’s is now worth 700 million euros, and Antoine Griezmann’s, at Atletico Madrid, was close to 120 million euros. These amounts are high because the club recruiting the player must pay to “release” him from his contract, as was the case for Griezmann and Neymar. 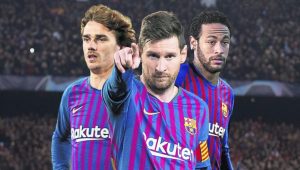 In this sense, it can be considered that the deal between the player and his employer evaluates, at the very start of the contract, the amount of the damages caused in case of an early and unjustified termination of the employment contract. This also establishes a protection for the club. The liberatory clauses are set and don’t reflect the evolution of a player whose role and influence may extend over the seasons.

2- Is the breach of contract determined by a real and serious cause?

The existence of a real and serious cause in the breach of a contract depends on the circumstances of the case, in particular the type and duration of the employment relationship, as well as the nature and seriousness of the employee’s fault.

Generally speaking, the real and serious cause is determined when the player violates the regulatory obligations such as the diligent attendance to the training sessions; or in the event of fault, such as going to work under the influence of alcohol, drugs, etc. [2].

In principle, the parties can agree to determine precisely certain real and serious causes. However, if the parties fail to do so, the Court of Arbitration of Sport issued a decision in 2017 stating that “only the particularly serious conduct of an employee which affects the mutual trust between the parties could justify the immediate termination of the contract”. Generally speaking, a violation is considered as a sufficiently serious conduct when there are no objective criterias left to provide a reasonable expectation that the employment relationship will carry on. 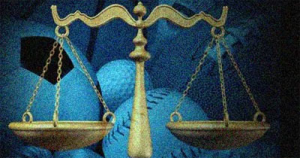 3- Does the contract include a penalty clause?

In sports contracts, the penalty clause functions as a mechanism to penalize the failures to execute a contract. Historically, civil law doctrine considered the penalty clause not as the result of a certain behaviour but rather as a means of guarantee, in order to reinforce the obligation by threat of a sanction; and as a psychological burden to avoid the failure of the execution of a contract. [3]

In these circumstances, it can be considered as an accessory promise of the contracting party, accepted by the co-contractor, which implies the obligation to perform the agreed service under the penalty of a sanction [4].

If we link the above-mentioned definition of the penalty clause with the employment contract of footballers, it should be noted that, when facing the failure to execute the main obligation of the contract, an accessory obligation arises, to compensate the club.

The accessory part of the obligation should be observed, as well as its specificity, since it guarantees a particular obligation, and not the contract in its entirety. It can thus be deduced that the release clause is part of the legal conception of the penalty clause.

According to this approach, the Court of Arbitration for Sport (CAS) has considered that clauses are disproportionate and excessive compared to the value of the main obligation. In TIMSOARA v. SLOVAN LIBEREC, the CAS ruled that freedom to contract is a principle that can be regulated by certain limits. Under Swiss law, the judge must reduce sanctions that do not correspond to the economy of the contract. 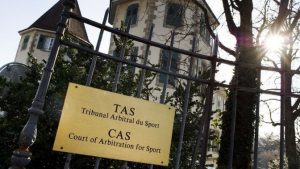 As a conclusion, while many people tend to idealize the situation of footballers, thinking that they never encounter any problems, that their future was always covered, the reality is quite different: the professional footballers’ contracts do indeed have an expiration date and this hypothesis should be anticipated.

This is the advantage of working alongside a sports law lawyer, whose expertise and knowledge of contractual matters, labour law and sports law add to the negotiating skills that are essential to defend the sportsman’s interests.